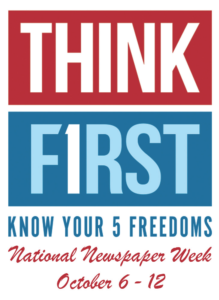 Thank you for visiting the home page of National Newspaper Week. This year’s observance will be held Oct. 6-12.

This 79th annual National Newspaper Week is a recognition of the service of newspapers and their employees across North America and is sponsored by Newspaper Association Managers.

This year’s theme is “Think F1rst — Know Your 5 Freedoms”

PLEASE ALSO MAKE IT LOCAL by editorializing about your newspaper’s unique relevance. This can be about your duties as government watchdog, your role as a community forum and coverage of community events, publication of timely public notices, etc. 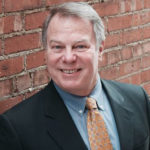 Newspapers are encouraged to use one or all of the ads from this year’s Think F1rst ad campaign in their newspaper. Feel free to start running the ads during National Newspaper Week and continue them in the days and weeks that follow.

Click here to access a Dropbox folder with FIVE DIFFERENT ads in SEVEN SIZES. Pick the size that is right for your newspaper.

NEWSPAPERS ARE ALSO ENCOURAGED to replace the “National Newspaper Week” line in the ad with their own flags or logos.

Jack “Miles” Ventimiglia is executive editor of The Richmond Daily News and The Excelsior Springs Daily Standard. For nearly 40 years, he has worked as a print reporter and editor at dailies and weeklies in Illinois, Kansas and Missouri. He is a former member of the Missouri Press Association Board of Directors and has served on numerous press committees.

Column by Kathy Kiely, journalism professor at the University of Missouri School of Journalism. The below column is long, however, Kiely makes several good points throughout. We felt it would be in each newspapers’ best interest to choose how they wanted to edit this column for length.

“Times may change, but the need to support a free press has not” 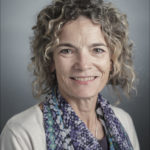 Kathy Kiely is the Lee Hills Chair in Free Press Studies at the University of Missouri School of Journalism. She is a veteran reporter and editor with a multimedia portfolio and a passion for transparency, free speech and teaching. After a long career covering politics in Washington, Kiely moved into the classroom full-time because, she says, universities are the laboratories that will discover the formula for making fact-based journalism viable again. 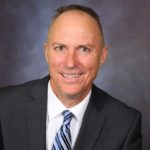 CNHI Deputy National Editor Jim Zachary is CNHI’s regional editor for its Georgia, Tennessee, Mississippi, Alabama, Florida and Texas newspapers and editor of the Valdosta (Ga.) Daily Times.  He is the vice-president of the Georgia First Amendment Foundation. He can be reached at jzachary@cnhi.com 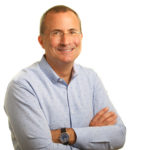 David Chavern serves as President & CEO of the News Media Alliance. Chavern has built a career spanning 30 years in executive strategic and operational roles, and most recently completed a decade-long tenure at the United States Chamber of Commerce.

PNRC is building a library of public notice advertisements and campaigns. Below, are some recent ads. If you would like advertisements created and used by your association or newspaper to be available for use by other associations and newspapers, please let us know and we will add them to our database. 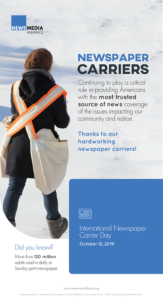 Below are some more resources to help your newspaper better engage with your audience and help them understand the importance of a free press.

A synopsis from the American Press Institute states the study, published in August 2019, shows that local newspapers significantly outperform local TV, radio and digital media outlets, not only in terms of overall output, but also in terms of coverage that is truly local — meaning that the stories are geographically local, original and serve a critical information need. While local newspapers made up 25% of the news outlets sampled in the study, they produced 60% of the news that met those three criteria.

Online-only media outlets, meanwhile, made up only 10% of the news outlets surveyed, but produced 10% of the news that met the criteria. The findings emphasize the importance of philanthropic support of newspapers, and “suggest that commercial and philanthropic efforts to establish online-only outlets as comparable alternatives to local newspapers remain far from this goal,” wrote the study’s authors.

Earning readers’ trust with your reporting 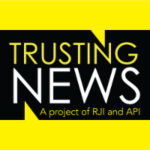 Trusting News aims to demystify trust in news and empower journalists to take responsibility for actively demonstrating credibility and earning trust. Newsrooms need to understand the causes of user distrust, take ownership of the problem and be empowered to prioritize earning trust in their everyday work. Any newsroom — across platforms, ownership structures and topics — that stands behind its mission and ethics should make optimizing trust part of its job. 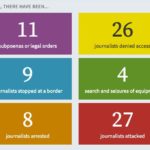 Journalists in the United States face hostility from local and federal governments, along with a number of legal threats to themselves and their sources. U.S. Press Freedom Tracker aims to be the first to provide reliable, easy-to-access information on the number of press freedom violations in the United States—from journalists facing charges to reporters stopped at the U.S. border or asked to hand over their electronics.

When journalists are obstructed, so is the public’s right to be informed and hold power to account. The United States has some of the strongest legal free speech protections in the world, and serves as a beacon for press freedom in a world where journalists are routinely censored, attacked, or imprisoned for their work. But the U.S. record is imperfect, and journalists and advocates must tirelessly defend the First Amendment in courts, in legislatures, and in the media. Constant vigilance and an honest accounting of the country’s track record on press freedom are essential.